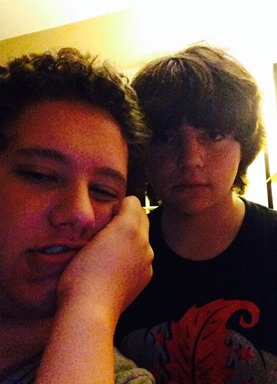 We are two very educated young independent indie film makers, looking to change the worlds. Our makerings range from dramatic, to very dramatic. These makerings have been voted some of the best of the year (by Vogue Magazine)! Our company was started on May 9th 2014, but the duo had previously worked on a project together, The Grapelest Escapade (March 1st 2014), which had won many awards. They later collaborated on The Tterbinci Code, which became a run away smash hit. They knew at once that they needed to start a company together, and thus Gamesito Makerings was born! Our company's motto is: "If everybody loved each other, the world would be a better place!"